Chris has been involved with the Ringgold Tigersharks since he was 8 years old. He began as a swimmer, and then as a senior swimmer, also helped out as an assistant coach. He is a Fugate Award winner from the Chattanooga Area Swim League.

Chris graduated Ringgold High School in 2009 and was a founding member of the swim team there. He lettered all four years of high school swimming and also holds many of the current school records. He also swam for the Baylor Swim Club for 6 years where he consistently was a Southeastern Championship qualifier.

Chris currently attends Georgia Tech where he is majoring in Mechanical Engineering and expects to graduate in 2014.

Lauren is a 2008 honor graduate of Ringgold High Schoolwhere she swam on the high school swim team for three years and was captain her senior year.  Lauren will receive her Associate of Science Degree in Dental Hygiene from Dalton State College this summer and then attend Kennesaw State University this fall to get a bachelor degree in education.  She was a member of the TigerSharks for 11 years and was a 2008 Fugate Award nominee.  This will be her second summer as an assistant coach with the TigerSharks. Lauren is also an assistant coach for the Special Olympics swim team forCatoosa County.

Lauren enjoys the sport of competitive swimming and still enjoys swimming for exercise.  She is looking forward to sharing her love of the sport with the younger swimmers. 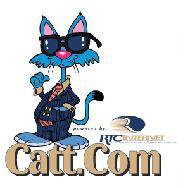